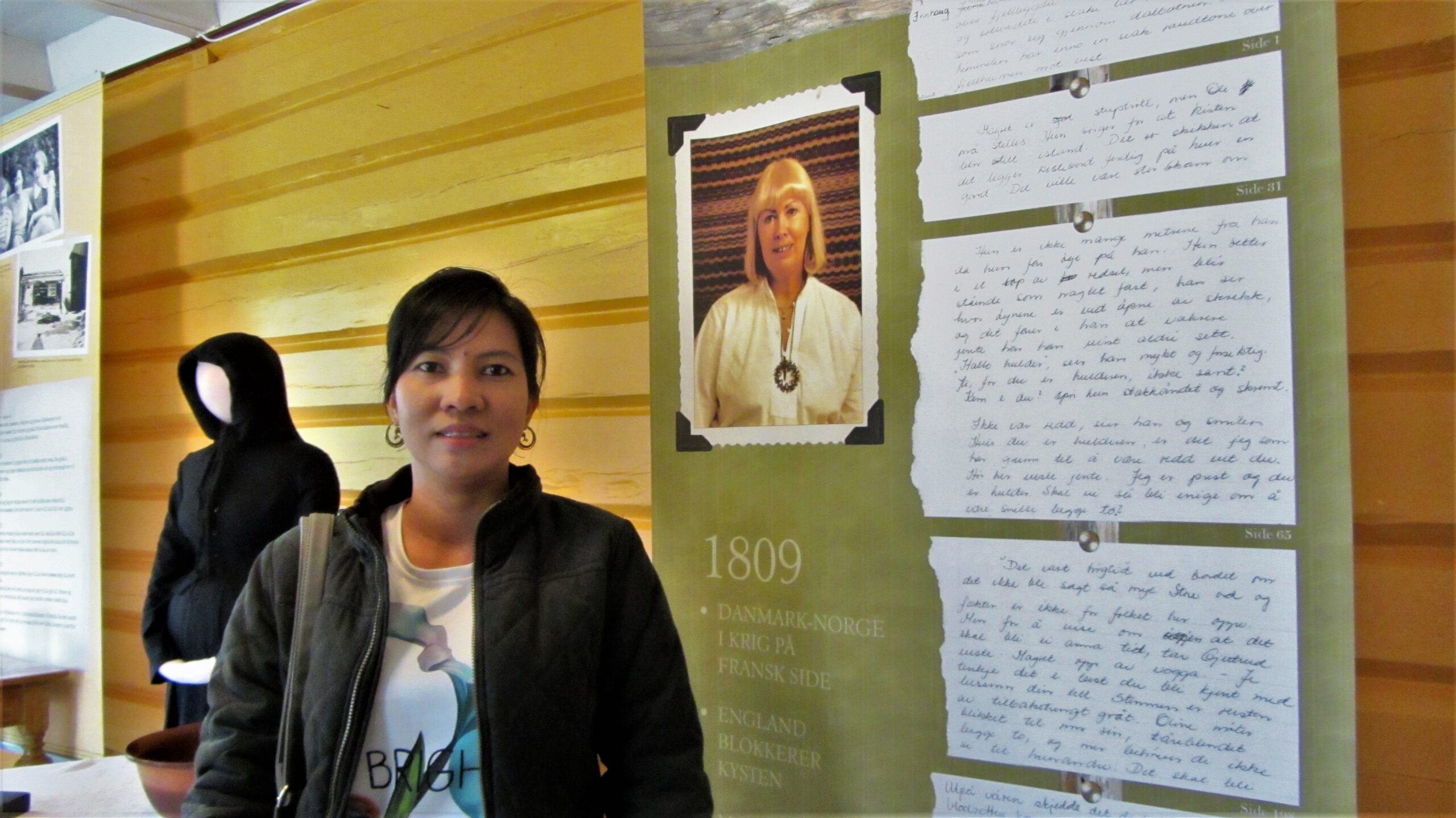 One of the most popular Norwegian novelists, Anne Karin Elstad, was born here in Halsa in 1938. When I learned that my husband was a good friend of hers and that he directed a movie based on one of her novels, I immediately wanted to know more.

My husband seldom talks about his past as a film director. Just that he made documentaries and some movies a long time ago, and it was nothing special. In Kragerø a year ago I learned that he made a lot of documentaries because we were invited to a gallery that presented an exhibition to honor the works of his father. And my husband also made a TV documentary about him in 1984.

Some days ago, I also discovered that my husband had written and directed a movie based on Anne Karin Elstad’s novel, “For The Days Are Evil”. My husband and I were visiting an old café by the sea when we learned that a historical school building now serves as Anne Karin Elstad’s exhibition area. It was just fifty meters walk away so we decided to visit.

A retired librarian, Ms. Elin Stokke, was on duty when we arrived. She remembered my husband. She was at the premiere of the movie and was surprised and happy to see him again. She told me about Elstad’s work and her focus on women’s situation from the beginning of the 18th century and up to her death in 2012. Anne Karin Elstad worked as a farm maid when she was young. Eventually, some good people helped her to graduate as a teacher. She worked as that many years before she became one of Norway’s dearest authors. Her novels are about women’s conditions, struggles, dreams, and aspirations.

Here’s an interview with Anne Karin Elstad and my husband on Norwegian TV.