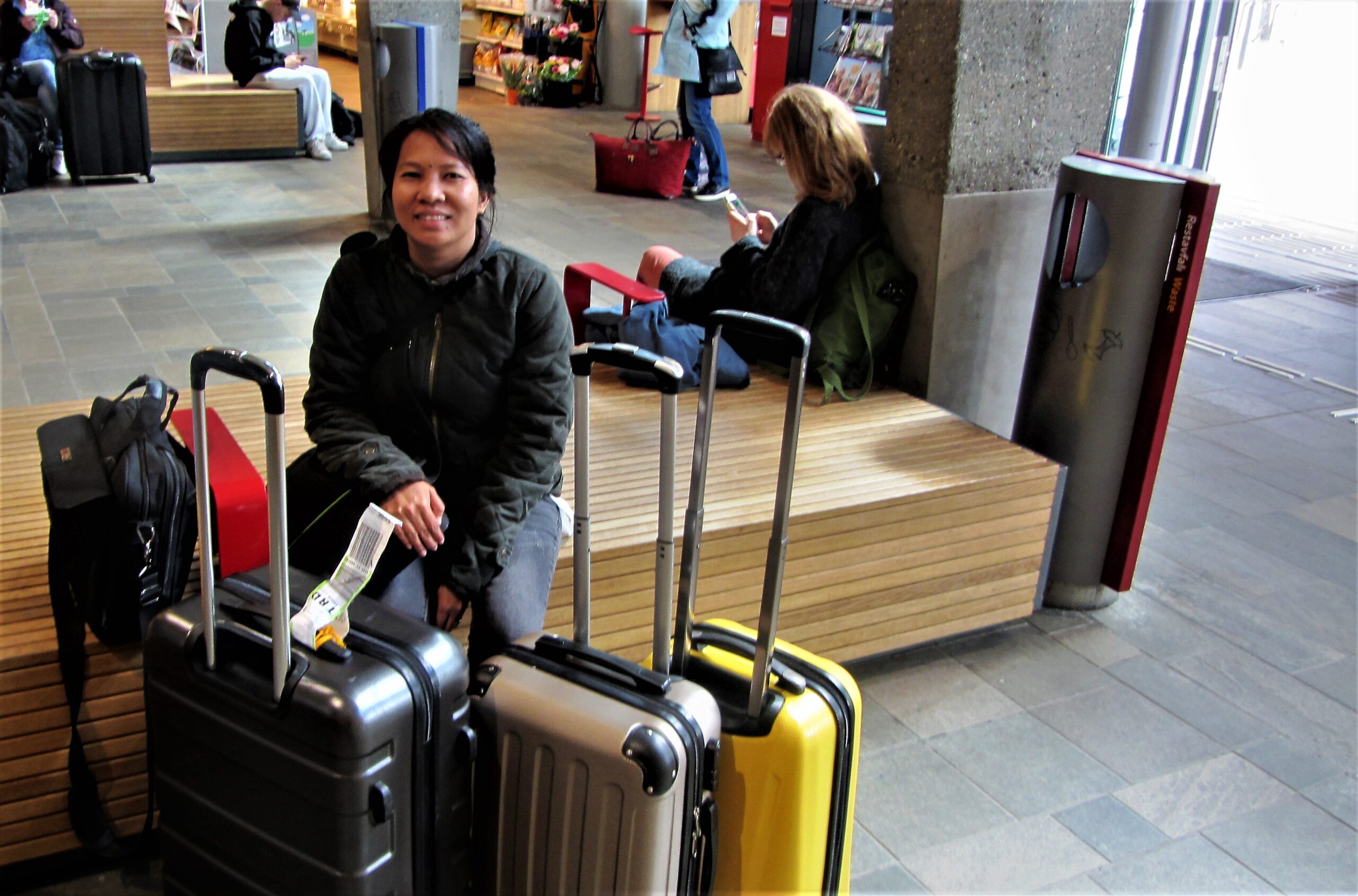 After one year in Southern Spain with almost no rain at all, it was a little funny to be suddenly in the middle of winter rain, even it was midsummer.  But it is easy to adapt to a new reality especially when you are surrounded by good people.

My husband and I have decided to spend the summer in Norway and since I always have been fascinated with the fjords, we are starting our Norwegian tour in a cottage near one of them.  It took us about four and a half hours by plane from Málaga, Spain to Trondheim in the middle of Norway. It was travel from sunny 34 to 8 degrees Celsius; from the sun to heavy rain. But we were well prepared.

From Trondheim, we took a bus to Betna, a bus stop in Halsa in “Møre og Romsdal”. The ride took about three and a half hours. We were driving mostly through the rain, but suddenly the sun arrived for short moments. I could see there was still some snow on the top of the mountains. It was very green in the narrow valleys; the rivers run fast and the other passengers, mostly locals, were very quiet.

Wild, clean nature and silent people with the highest living standard in the world makes Norway very unique, and I love it as I love Spain. It’s fantastic to have the best of both worlds.

In Betna, an old friend of my husband was waiting in his car and he took us to his place nearby where a welcoming cottage was waiting for us.  It was cold and rainy, but one of my childhood dreams had become a reality. I was in the middle of a Norwegian fjord landscape, and I was smiling in the rain 🙂

2 Replies to “A Childhood Dream Came True in Halsa, Norway”