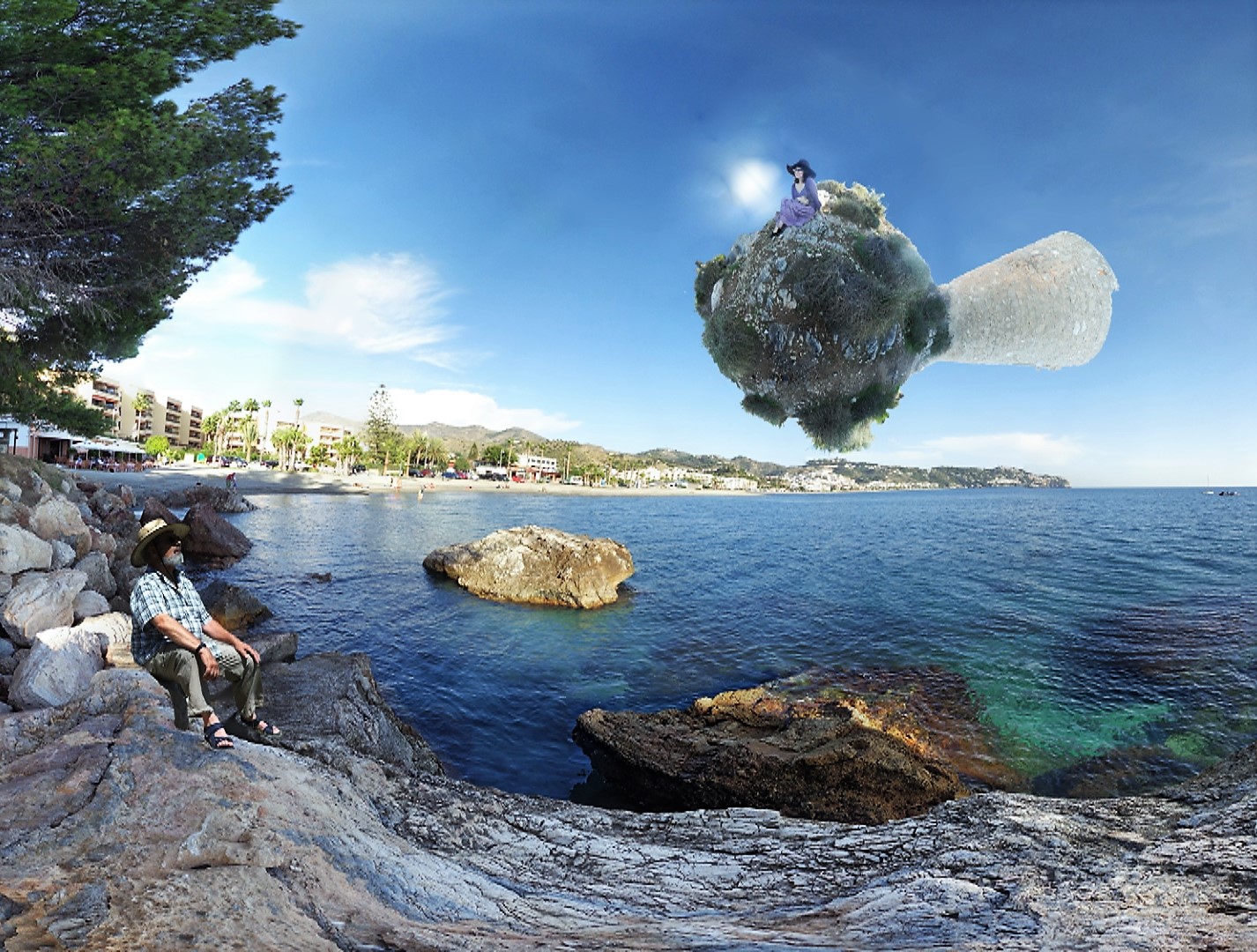 My husband once told me that art is content given a form that communicates with us on a deeper level. Some days ago, I met a lovely couple that reminded me of this, and there is also a sweet love story involved in today’s post.

I grew up in a hard toil reality where art was seen as an unnecessary rarity, but there has always been a longing in me after it. Early in my career, some friends and I tried to establish a theater group, and we learned bitterly how difficult it is to become artists, especially good ones LOL.

Good artists’ work hard. It is a lot of trying and failing and having a good mentor is often essential. This is also true when it comes to David and Sara Fraser now having an exhibition of art photos in Café Califa, La Herradura.  Both lost their spouses late in life but refused to be crushed by grief. They met each other using a dating service and the result became a symphony of love and art. Both are retirees; she an art teacher from California and him, a business consultant from Houston, Texas.  Sara had lived many years in Spain with her former husband teaching art and David had been interested in photography. The idea of making art together emerged, and why not include living among artists in Andalucía in the plans?

I am not sure if I fully understood the technique David is using in his new career as an artist, but the result is amazing. He takes photos from many angles of the same object and creates a new spherical realism with the help of computer software he was introduced to an art exhibition in Texas.

My husband met Sara and David the first time one year ago and they invited him to their studio in La Herradura. Just before the visit, my husband learned that his youngest son had a serious accident in Oslo. He flew to Norway to be with his son lying unconscious and badly injured in a respirator.  Luckily, it went well. One year later my husband honored the invitation to see the artworks of David and Sara together with his son and me… a very interesting meeting with two unique artists in Café Califa where some of their works are exhibited. I’m still a novice when it comes to art, but their pictures appeal strongly to me with its special beauty.

My husband took our photos as usual and for him to be able to include his fully recovered son in some of them almost made me cry. 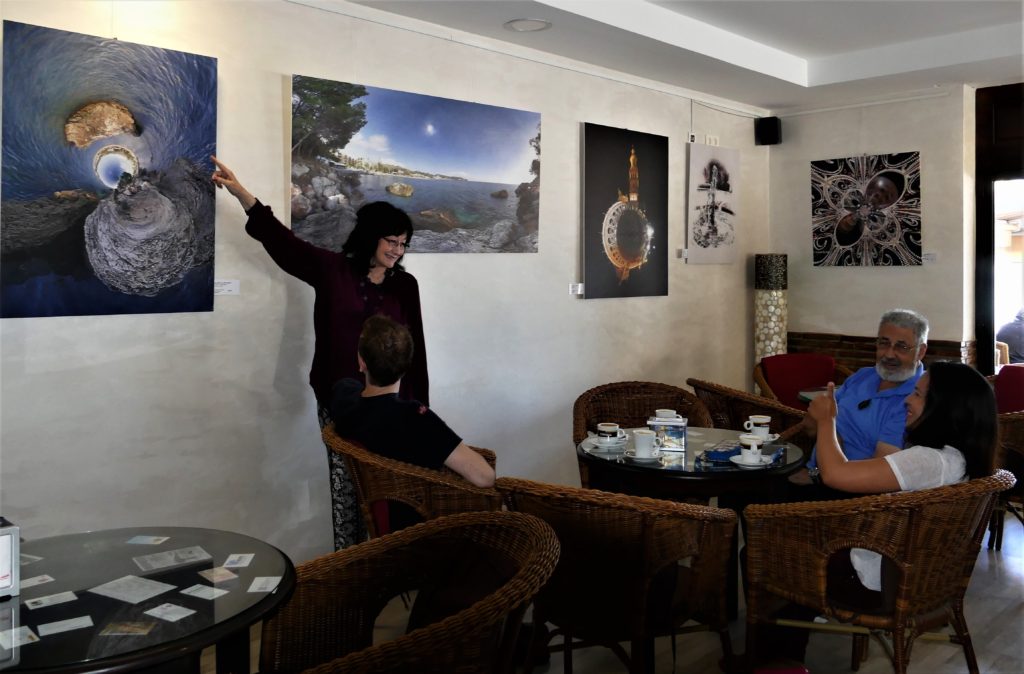 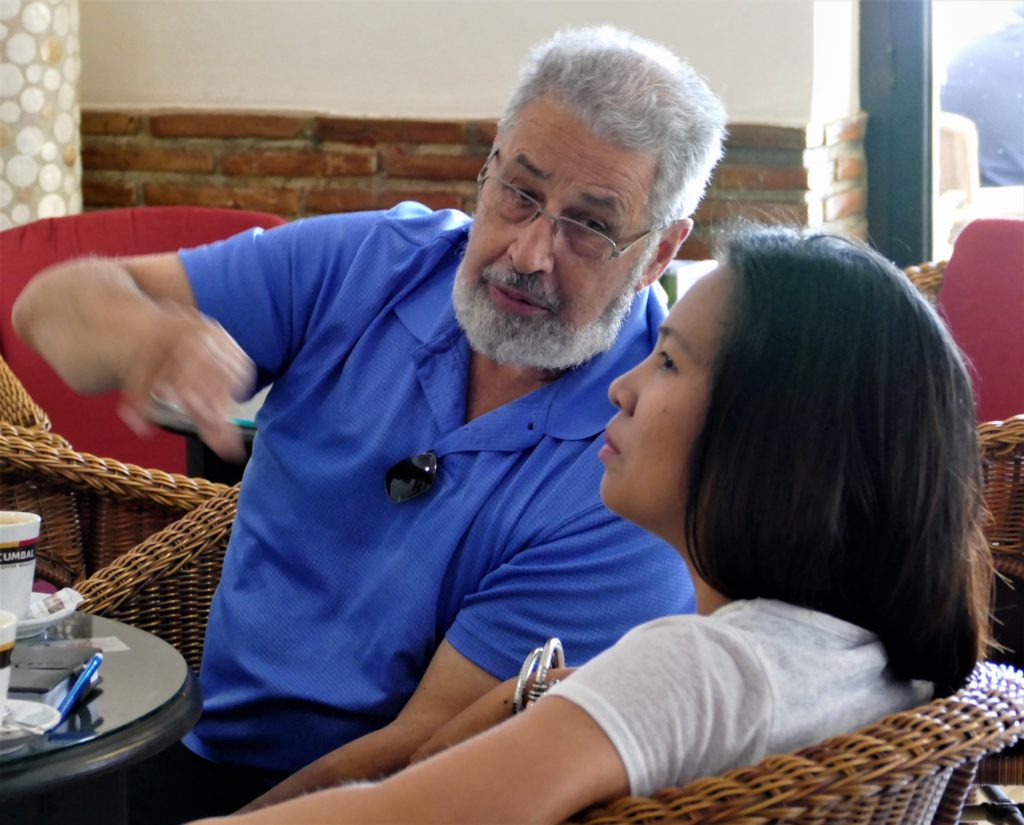 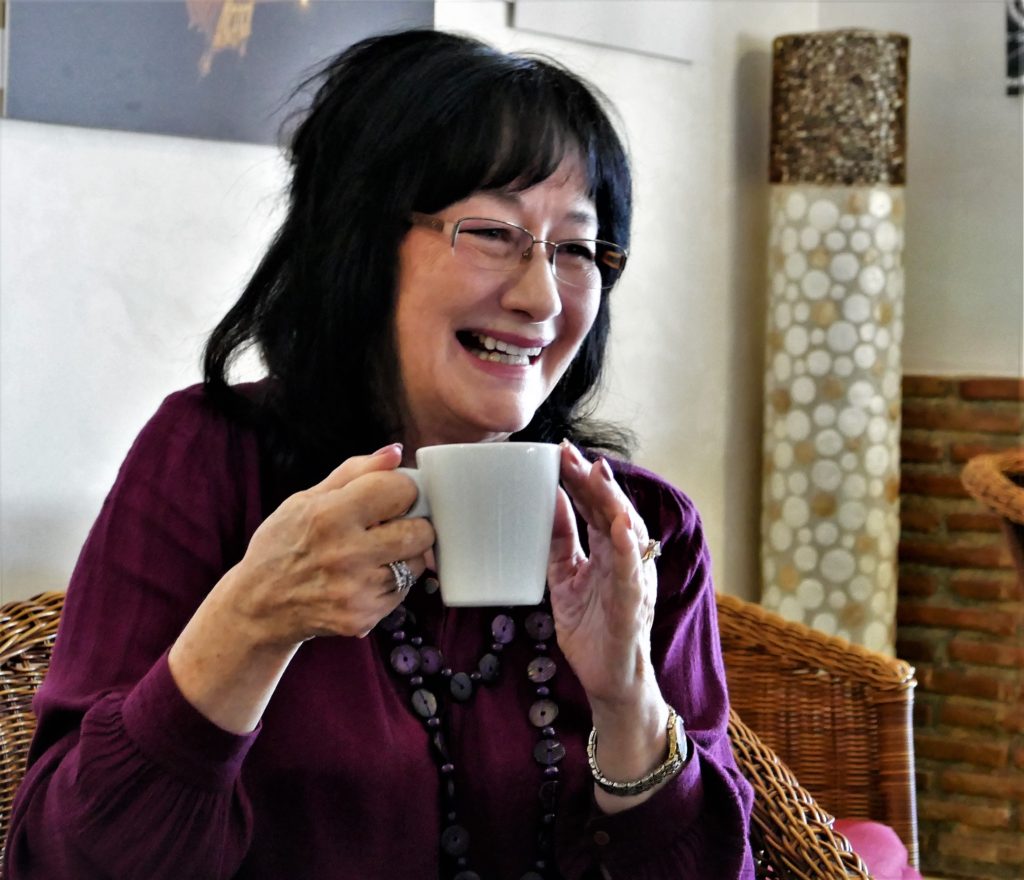 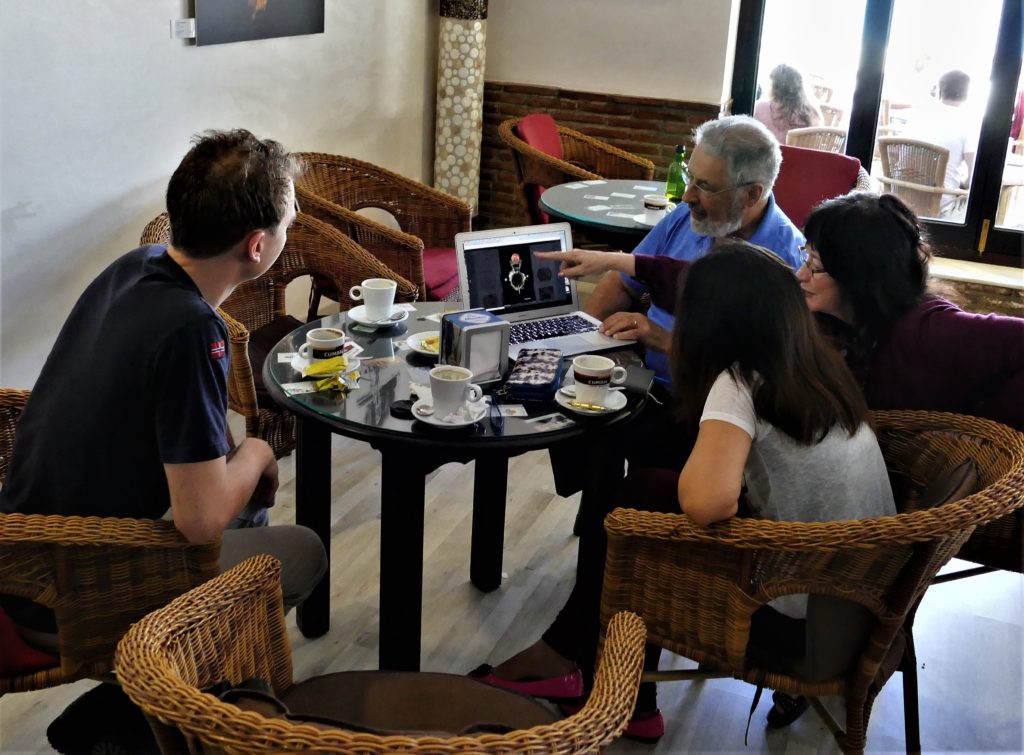 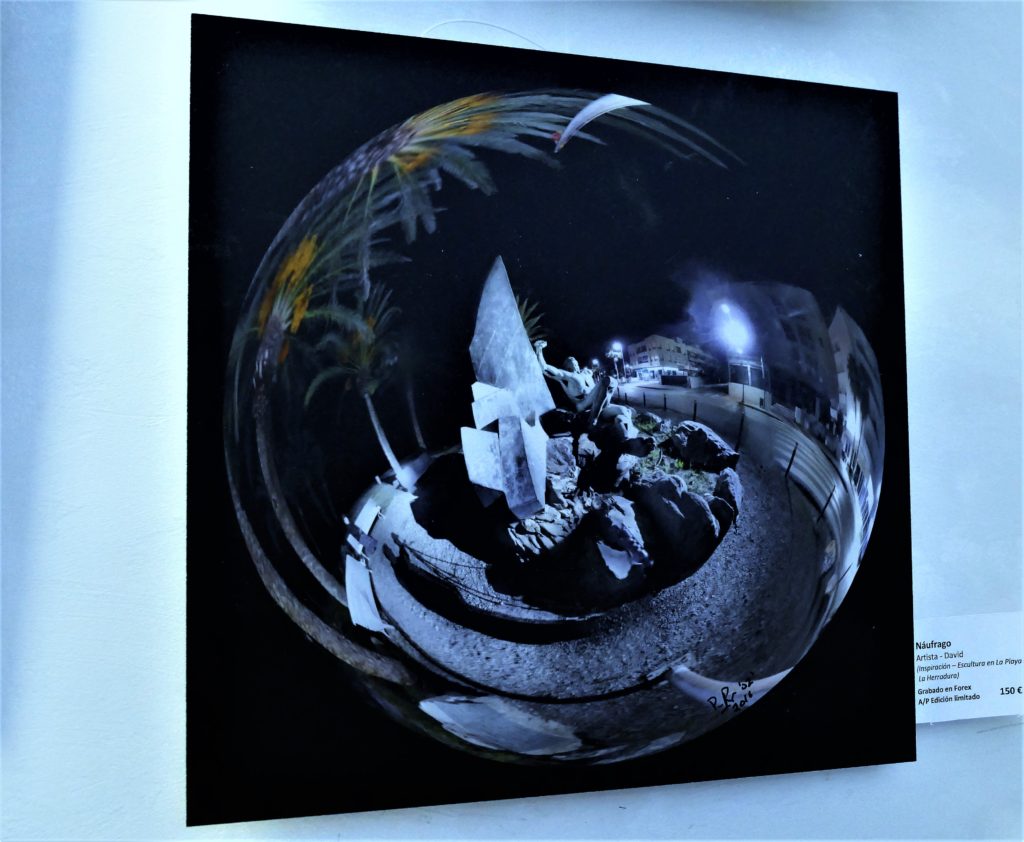 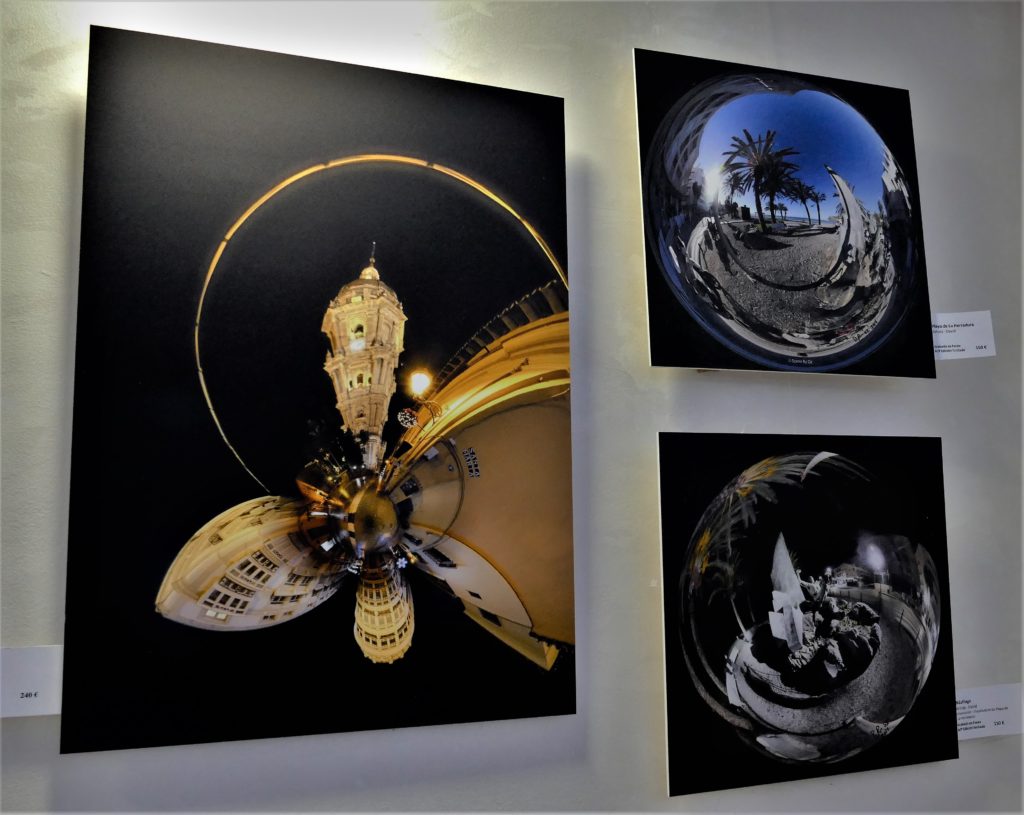 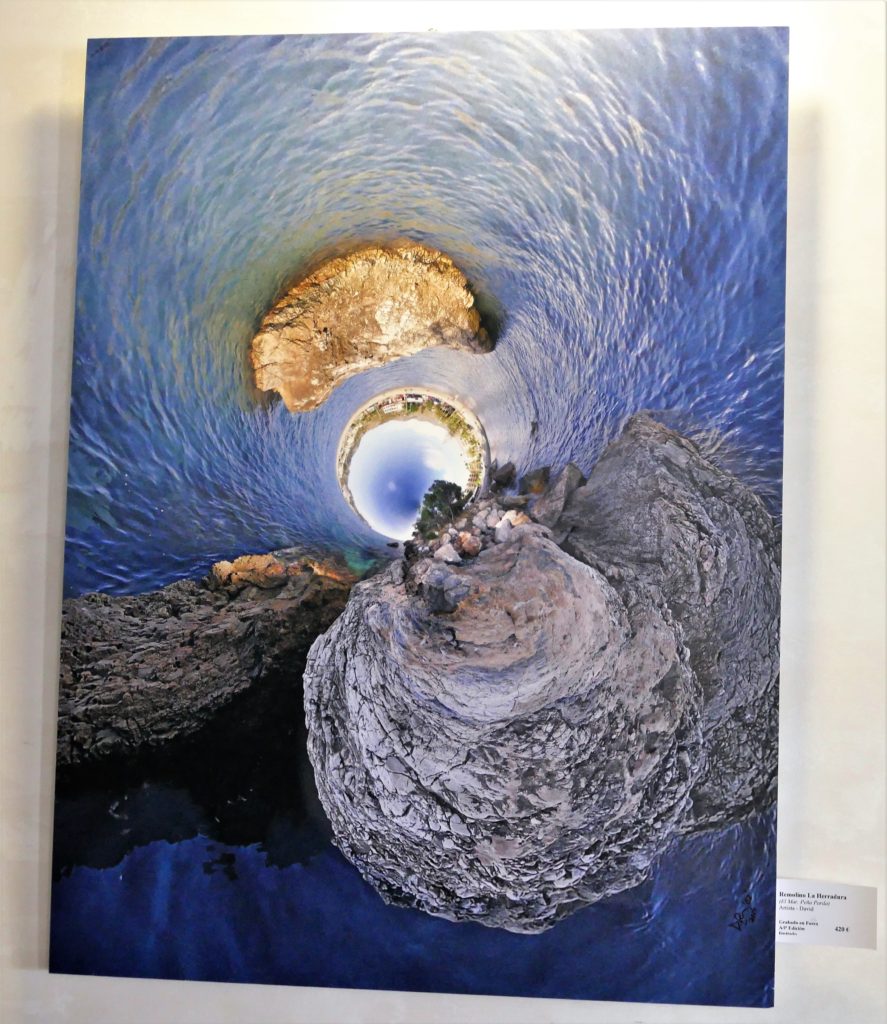 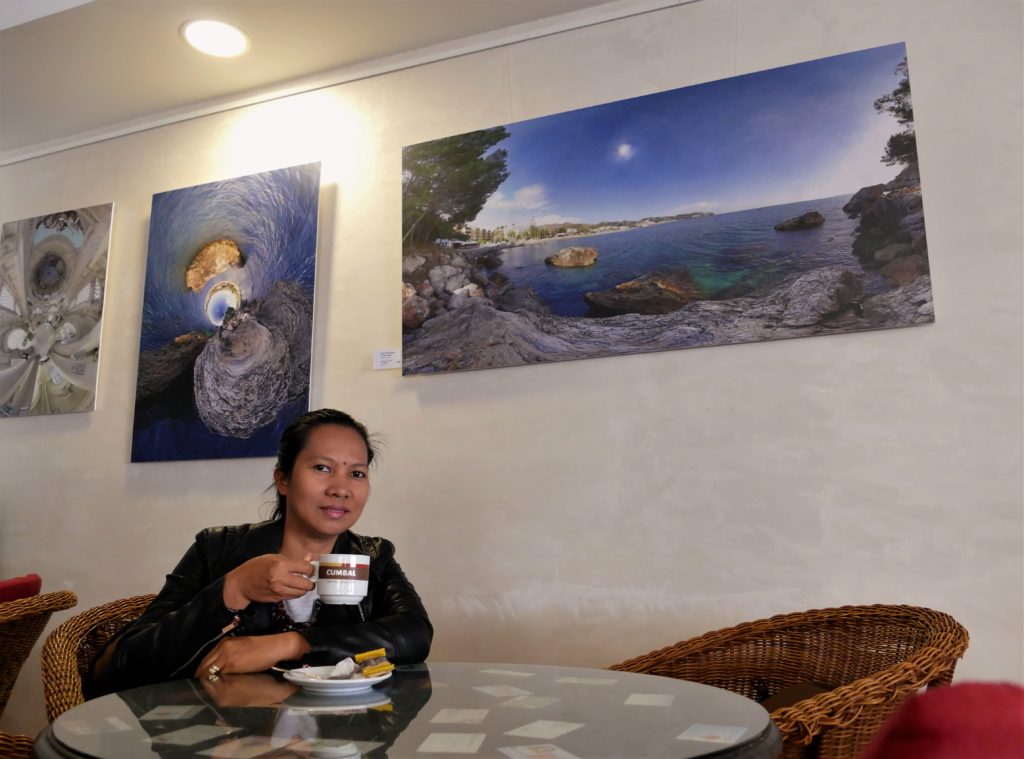 Check out David’s and Sara’s works; there are lots of fantastic creations there 🙂

A Wonderful Meeting with Barcelona’s Basílica of Love