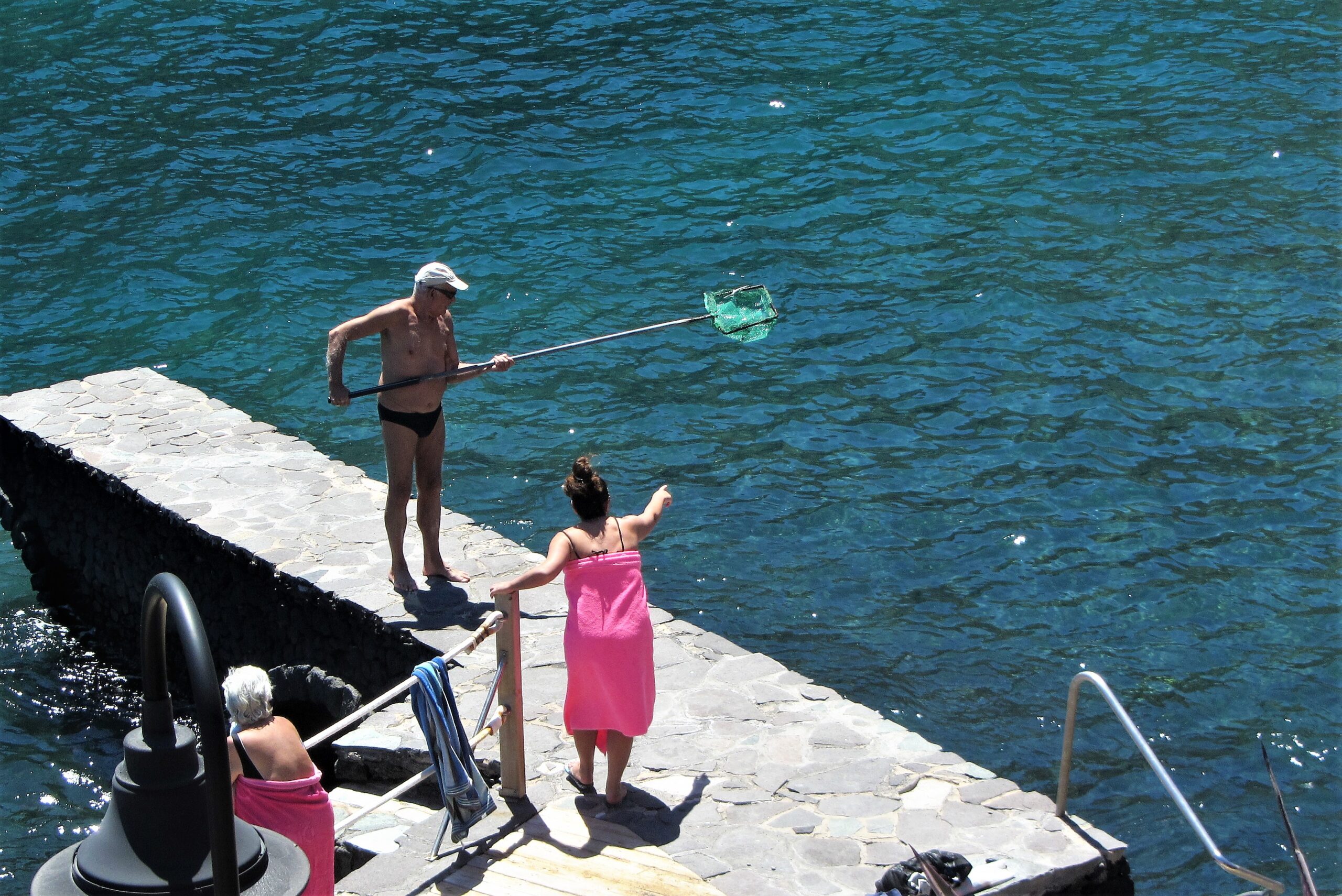 Danger can arrive as the most beautiful thing… like small blue vessels in crystal clear waters. And if by accident you swim too near these living sails, the joy of a refreshing bath can turn out to be the worst nightmare of your life.

I had never heard about deadly sailing sea creatures before my husband came running home and collected his camera. “I was almost swimming into an armada of Portuguese warships,” he said before he hurried back to the beach.

Portuguese warships? I did not understand what he meant and since I was already sitting by my laptop, I googled it. What I read was frightening and it was lucky that my husband was alive in his swimming trunks.

Portuguese Warships or Physalia Physalis is related to the jellyfish family and named in resemblance of a ship. It could cause severe pain and is fatal in extreme cases. Here’s information from the US National Ocean Service:

The Portuguese man o’ war or warship, (Physalia physalis) is often called a jellyfish but is actually a species of siphonophore, a group of animals that are closely related to jellyfish. A siphonophore is unusual in that it is comprised of a colony of specialized, genetically identical individuals called zooids — clones — with various forms and functions, all working together as one. Each of the four specialized parts of a man o’ war is responsible for a specific task, such as floating, capturing prey, feeding, and reproduction. Found mostly in tropical and subtropical seas, men o’ war are propelled by winds and ocean currents alone, and sometimes float in legions of 1,000 or more!

Resembling an 18th-century Portuguese warship under full sail, the man o’ war is recognized by its balloon-like float, which may be blue, violet, or pink and rises up to six inches above the waterline. Lurking below the float are long strands of tentacles and polyps that grow to an average of 30 feet and may extend by as much as 100 feet. The tentacles contain stinging nematocysts, microscopic capsules loaded with coiled, barbed tubes that deliver venom capable of paralyzing and killing small fish and crustaceans. While the man o’ war’s sting is rarely deadly to people, it packs a painful punch and causes welts on exposed skin.

I googled more and found out that their deadly reputation comes from the many swimmers panicking and drowning when getting in touch with the poisonous tentacles. Luckily enough, my husband discovered the blue sails in time to swim against the wind to the opposite side of the little bay.  With my ignorance and love for pretty things, I might have tried to catch one with a devastating result. If you are so unlucky to be stung, do all you can to not panic and follow this procedure when you are safe onshore: