I could not help myself from ranting on my Facebook page yesterday about the many insensitive comments regarding the terrorist attack in my hometown, Davao City.

It was evening in the Philippines and afternoon here in Spain. I was online and witnessed the breaking news and development of the terrible situation with many dead and wounded. Very soon, someone in my social circle posted criticism about the inefficiency of the new city administration and blamed them for the lack of security in a very disrespectful way. 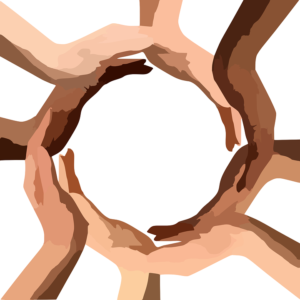 After a while, my news feeds were burning with news of mockery and blame games. At least, some of them apologized after being refuted, but most of them cavil and used the tragedy in a very immature way. Do they think they are cool, glamorous, and smart? It was disheartening to read posts saying that victims at the night market were poor anyway; they were unlucky enough to be on the wrong spot and it was good that it happened in a market with poor people and not in a Mall. Can you imagine?

A crisis situation takes out both the best and the worst in people. It’s sad to witness the mindless immaturity that often follows a tragedy. But also heart-warming to see how the majority help and comfort each other.

Davao has been regarded as one of the safest cities in the world for many years. But due to the new President Duterte’s determination of making the Philippines into a more just society by fighting crime, corruption, and terrorism, more threats can come. It’s ironic, but understandable as Duterte, who was the former Mayor of Davao also has mighty enemies. Since he is the one responsible for Davao’s success, it is almost expected that the terrorists will hit where it would hurt the most.

The situation can easily escalate. Duterte has started a process that can be very painful and there will likely be more innocent victims. But like the 91% of the Filipino people, I feel that I can trust him. If nothing is done now and carried out by the power of a man like President Duterte, my country will sink deeper into the swamp of drugs, crime, and corruption. The terrorists will gain grounds and a nation with great resources will become a banana republic.

It’s sad that the Western media have not yet discovered the social and pragmatic profile of our president instead they are focusing on his rough statements and street smart ways of governing. But I know this will change when the result of fixing the nation speaks for itself. We should all support the bold attempt to bring peace and prosperity to our country and let the terrible terrorist attack unite us instead of mocking the Davaoeños and blaming the President on social media.

President of the Philippines: What Kind of Man is He?

The Shadow of an Eagle