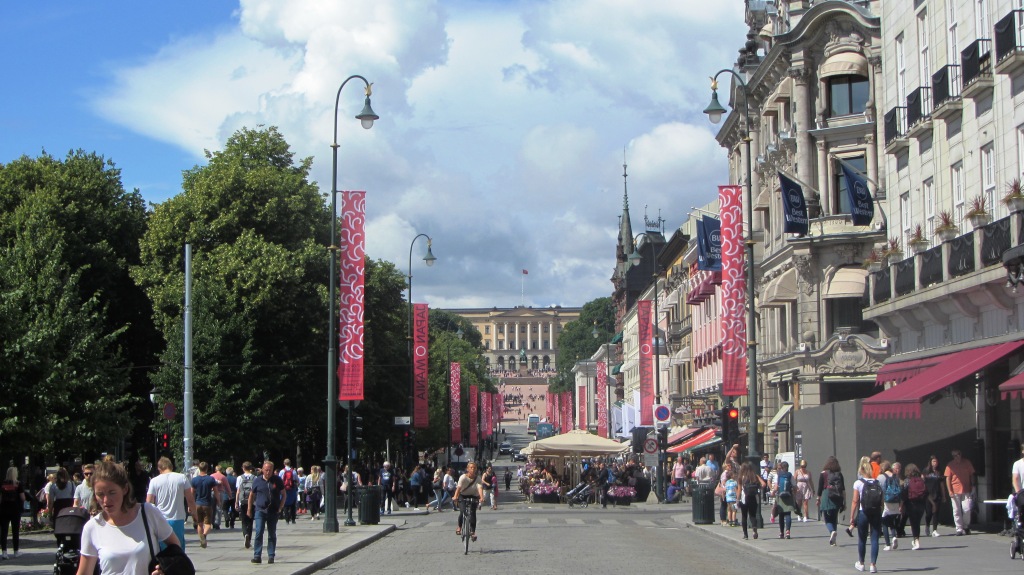 A few days ago I got a question from a friend: ¨Hey Grace, is it true that Norwegian women are the ones in charge there? ¨ The strong position of women in Northern Europe is a curiosity for most of us Filipinos and I jokingly replied, ¨I don´t know, but I see a lot of men here taking care of kids so their wives are probably the ones who keep the wheels turning. ¨

On my first walk to the Royal Palace, my husband and I attended the changing of the guards and I was really surprised when I saw that the commander was a woman. She looked smart and sharp in her uniform and commanded the male guards naturally, not much submissiveness there, and I guess Norway is one of the most equal countries in the world although it is a kingdom.

The Royal Palace is surrounded by a park with ponds and statues. One of the statues honors Camilla Collett, a strong female writer born in 1813 and considered as the first Norwegian feminist. She was sharply critical about the submissive role of women and the society holding them down and not letting them release their potential as equal human beings. I understood better that there was a long struggle behind the freedom Norwegian women now enjoy.

In the Norwegian Parliament, the representation of women is 40%. Norway has a female Prime Minister and also a female Minister of Finance, so Norwegian women have achieved a lot.  But while taking pics at the Parliament area, I saw one of the many beggars in Oslo, and realized that poverty is still a sad reality here also.

A Short Visit to Kragerø – Part 1: A Master of Satire and Caricatures