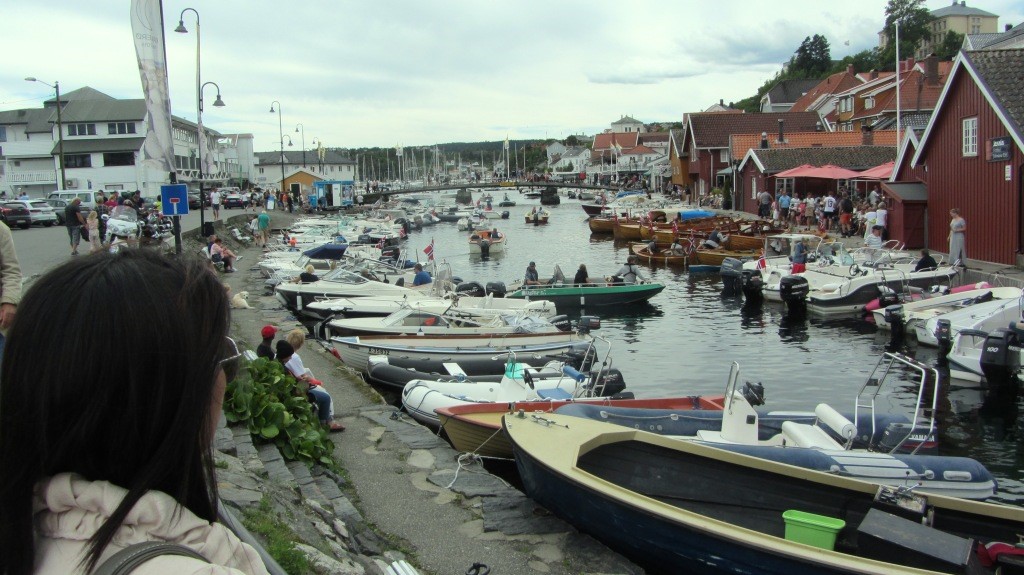 Kragerø is a town on the coast of Telemark in Southern Norway.  The town is known for its many summer tourists and several art galleries.  My husband’s father, Odd Einarson, lived here from 1960 to his death in 1991. He was a famous Norwegian cartoonist who made controversial satire before and after World War II. When my husband and I visited the town some days ago, there was a memory exhibition of his drawings in Kragerø Art Association’s premises. 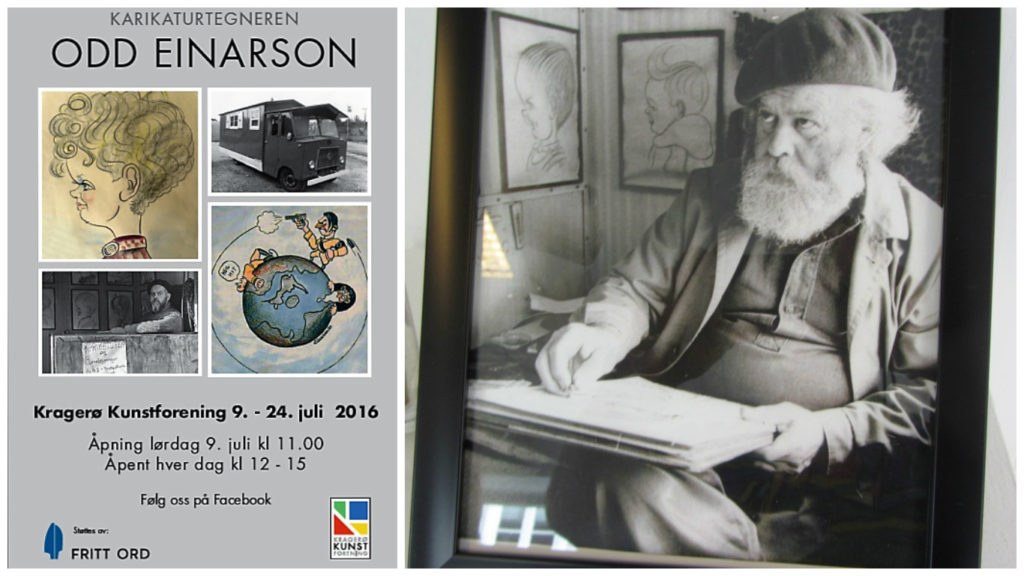 The gallery was well-visited and I am proud of my husband´s father for the legacy he left. His important satirical drawings are still relevant and he had made caricatures of half a million Norwegians each drawn in 3-4 minutes in his rolling atelier car.

Let´s look at some of the hundreds of political drawings he made:

Odd Einarson’s satirical drawings were too much for the authorities in Norway after World War II and he was denied to publish his views.  Instead, he built a house car, traveled the whole country, made caricatured portraits of people, got a good living out of that, and became a legend.

A Short Visit to Kragerø – Part 2: A Town with a Great Art History and Many Galleries

A Short Visit to Kragerø – Part 3: Jomfruland, A Walk on Virgin Land

2 Replies to “A Short Visit to Kragerø – Part 1: A Master of Satire and Caricatures”