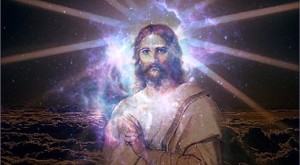 The visible Universe consists of hundreds of billions of galaxies, and one of them, our own Milky Way has up to four hundred billion stars. According to the latest NASA calculations, there must be billions of planets like our own earth with all the preconditions for intelligent life. And where intelligent life is, there will also be a need for understanding where life is coming from; if it’s given by God, or created by chance.

Science also seems to agree on, that the universe has a beginning and an end, and is therefore created by an outside force.  Many of the latest metrics conclude that this force must be intelligent, and this is also the conclusion of many scientists studying DNA: The building stones of the universe and life are both too complex, fine-tuned and genius to have been created by chance. We are closer to scientific evidence of God’s existence than ever before, but will a scientific certificated existence of God makes any difference?

Maybe it will on other planets, but probably not here on Earth. The caretakers of faith in God are here destructively divided into narrow-minded fractions ruled by egocentric visions. Intelligence on earth seems to lack the element of mercy and compassion that is needed for survival as human beings on a planet with limited recourses. Why create a so hopeless situation that we need a comeback of Jesus so that he can send billions and billions of the struggling people here on earth to Hell?

According to the Bible, there will be only 144,000 individuals from different nations good enough for heaven if we don’t take His injunctions of mercy and compassion seriously. Christians all over the world have a very big responsibility here. If Jesus really represents the force of God, born as a human to save us from our sins; why are there so many Christians at all levels doing the greatest sin of all: using him as a tool to gain the power to satisfy their own narrow-minded needs? Does it really matter if science can prove the existence of God? Will it lead to more mercy, or will it just gain the many Churches, congregations, and individuals using him for their own benefits?

Potato and Stones as Symbols of Love