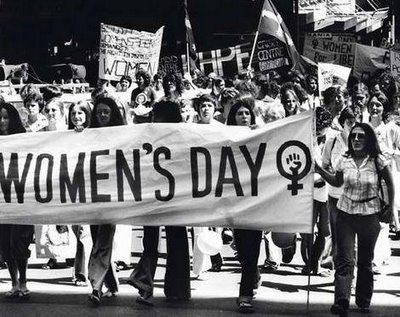 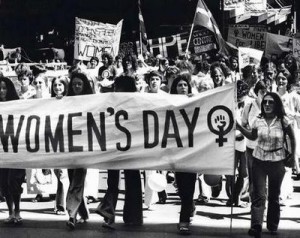 Most men claim that we, women, are very confusing creatures. But what can they expect from a different mindset as the opposite sex represents? It’s kind of cute that we are considered quite lovable and elusive at the same time, but also a little degrading. Misunderstandings occur when communication does not work well enough, and who’s to blame for that?

The International Women’s Day, 8th of March, is a big event in societies which are far more developed and more equal than ours. Here, it’s a marginal occasion that gathers a few and has a small impact. We are more submissive than our sisters in the developed countries who are still fighting hard for their rights. They feel that there is still a long way to go, and they make their voices heard.

We are far behind them. We should try to understand that if we want men to listen more to us, we must formulate our needs and stand up for our rights. This is hard enough in Scandinavia that consists of the three most equal countries in the world: Norway, Denmark, and Sweden.  So it’s easy to understand how hard it is here.

Many men from developed countries who marry Filipinas want submissive women. They cannot handle the liberated women in their own countries and have to go to the Third World to find a woman to marry. And our tradition orders us clearly to be submissive, listen to the man, and do what he commands.

And many of us also want to marry a foreigner in order to improve our lives, but the risk is stagnation when it comes to women’s rights.  I’m very happy with my choice of husband because he motivates me to realize myself. He also asks me to explain what I feel is the most important for a woman emotionally, regardless of her social status and nationality.

For me, it is obvious that a woman wants a man who listens to her and takes her seriously as an independent being; a man who oversees small flaws and who really cares. There are times when a woman tells his partner about something she read, saw or heard; the other often assume she also wants those things. Quite the contrary, because a woman actually just wants someone to listen to what’s in her mind at that time, whether the topic is important or not. If she mentioned a problem, it doesn’t mean she is implying that you should solve it. That is often the classic case, even for couples who have lived together for many years.

Usually, men are not really good communicators; they often express things with their actions, and when misunderstandings occur this can easily lead to wrong directions.  Women need reassurance from time to time through written or spoken words. So all men out there: do so with all honesty. Then, follow up with actions so that love can grow and your women can get a chance to become equally independent with you if she wants.

The Baby Who Killed the Racist in Me

A Small Reflection on Beauty and Personal Style