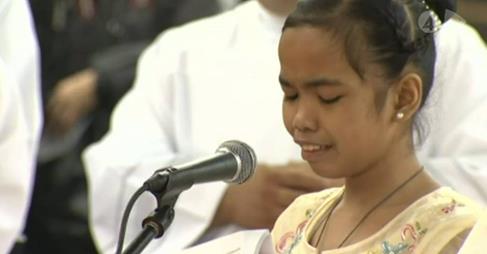 One of the gripping moments during the visit of Pope Francis in the Philippines was when a twelve-year-old girl with her tears flowing asked the Pope why God allow child-prostitution. The Pope had no good answer at hand but comforted the girl with warmth and compassion. He later revealed wisely to the press that this was the only question he could not answer, and by that, avoided a risk of a harrowing theological debate with the many conservatives in his flock.

But the pope had answered difficult questions before by explaining Darwin’s evolution theories as part of the creation; and also underlined that God is not a Wizard. God is according to the Pope (as I understand him) a conscious force, the Creator of the universe with all accessories. God is the Creator of it all, but He is not a wizard making magic tricks for the ones who pray hard enough to Him. And He is not an angry old tyrant punishing the ones who are not behaving correctly according to the churches built in His name.  His Son said clearly that his Father did not live in houses of wood and stone, but that He lives in the heart of every human being. He is a spark in all of us and by reaching out for the light beyond the universe, we will be touched by Him; and mercy will appear in His light as the best way of living together.

The Pope met God in South America, a continent where many priests have practical approaches towards the problems which make life hard to bear for most people; approaches to inspire and teach people to help themselves and to care for others the same progressive way. This is more in line with the principles of mercy than the practice of selling amulets and false hopes to the poor in order to build tall church towers.

It is very lucky that the Catholic Church for the first time in history has got a leader who brought with him practical mercy from the back streets of Buenos Aires. If all of us learn to deliver more of the spirit that Pope Francis tries to sow in this egocentric and greed disturbed world, there will no longer be a crying girl asking a question that even the Pope could not answer at all.

Science is Closer to Proving the Existence of God than ever. But does it really matter?